Our dream has always been to make a drone that exists where engineering, technology, and the needs of the aerial photographer converge. A drone that embodies all of DJI's advanced, signature technologies, and is able to redefine what is possible for the world of aerial photography.
In creating the Mavic 2, we have made this dream come true. 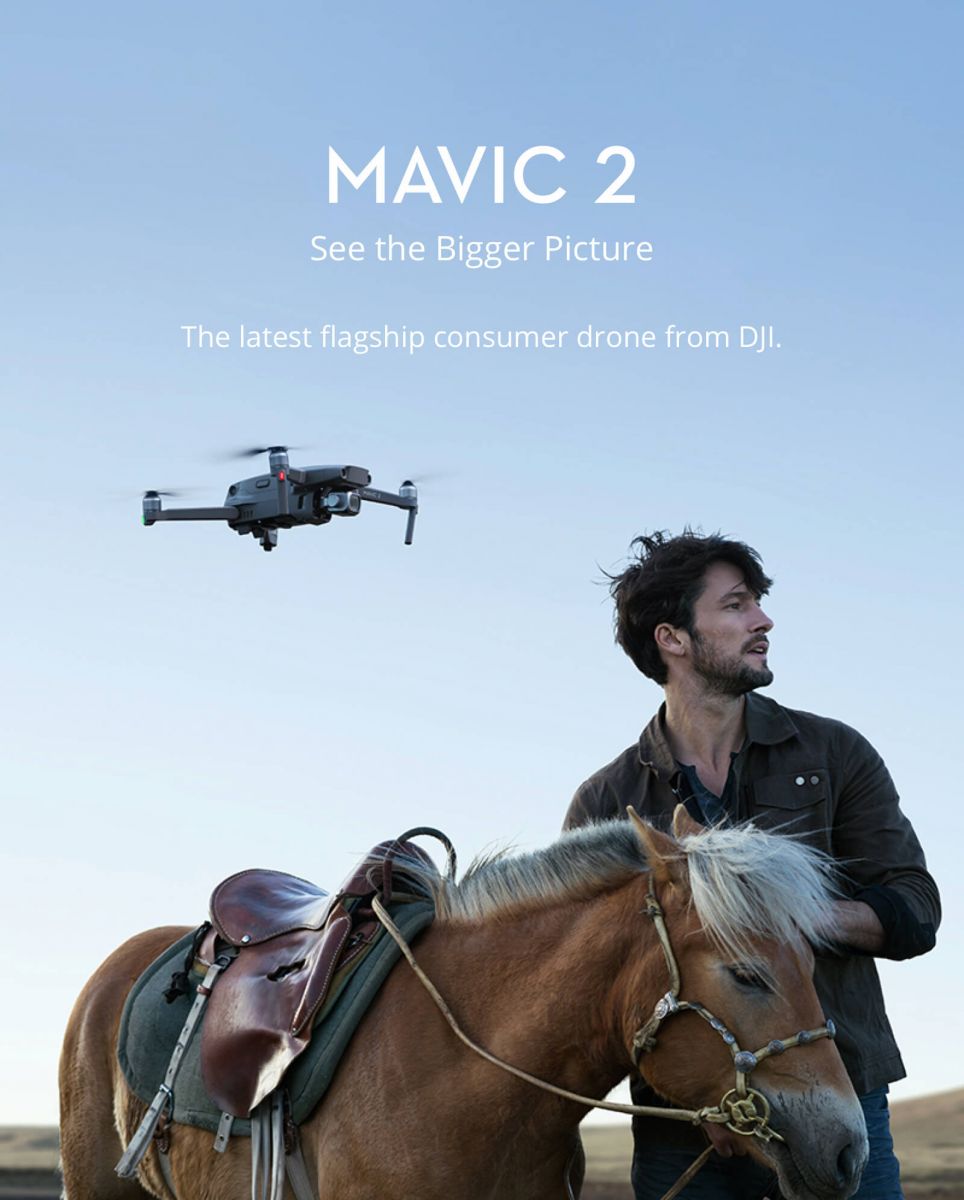 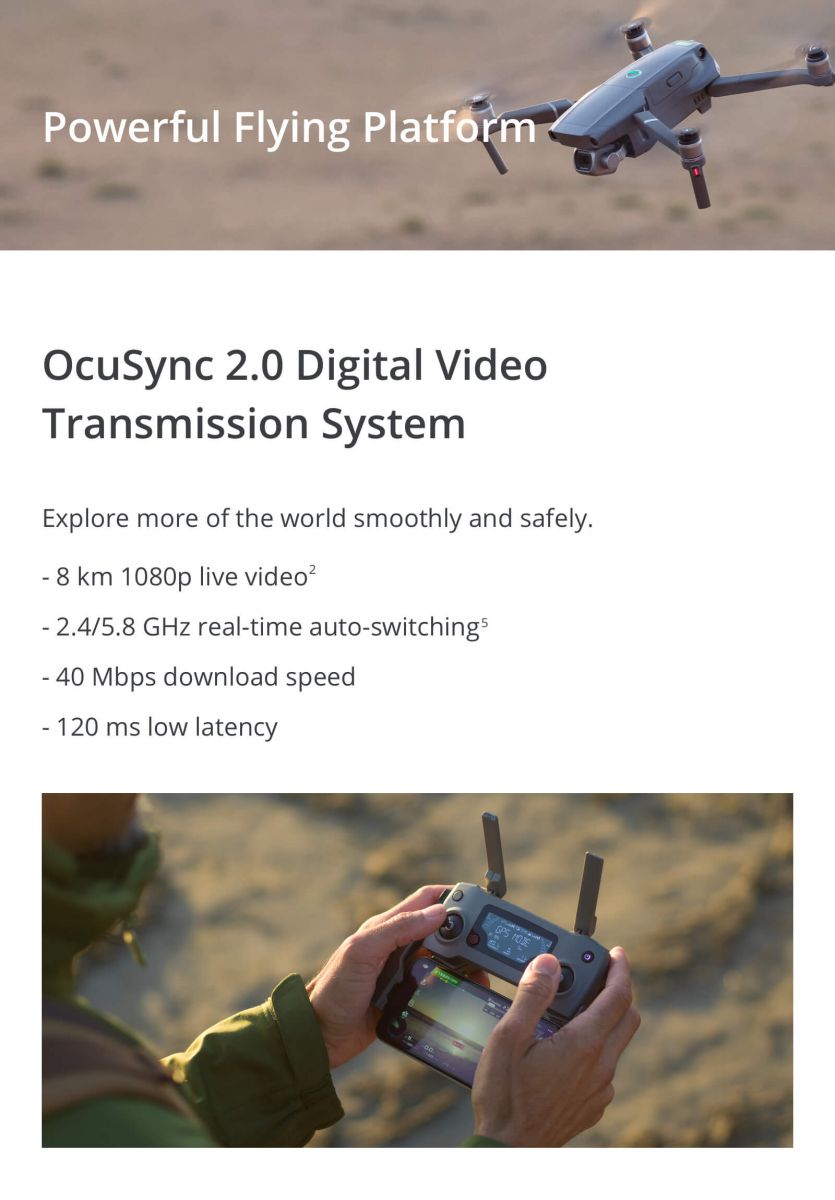 Mavic 2 Zoom
Powered by a 1/2.3-inch 12-megapixel sensor with up to 4x zoom, including a 2x optical zoom (24–48 mm), 4 the Mavic 2 Zoom is all about dynamic perspectives. Capture everything from wide angle to mid-range shots for even more creative options. 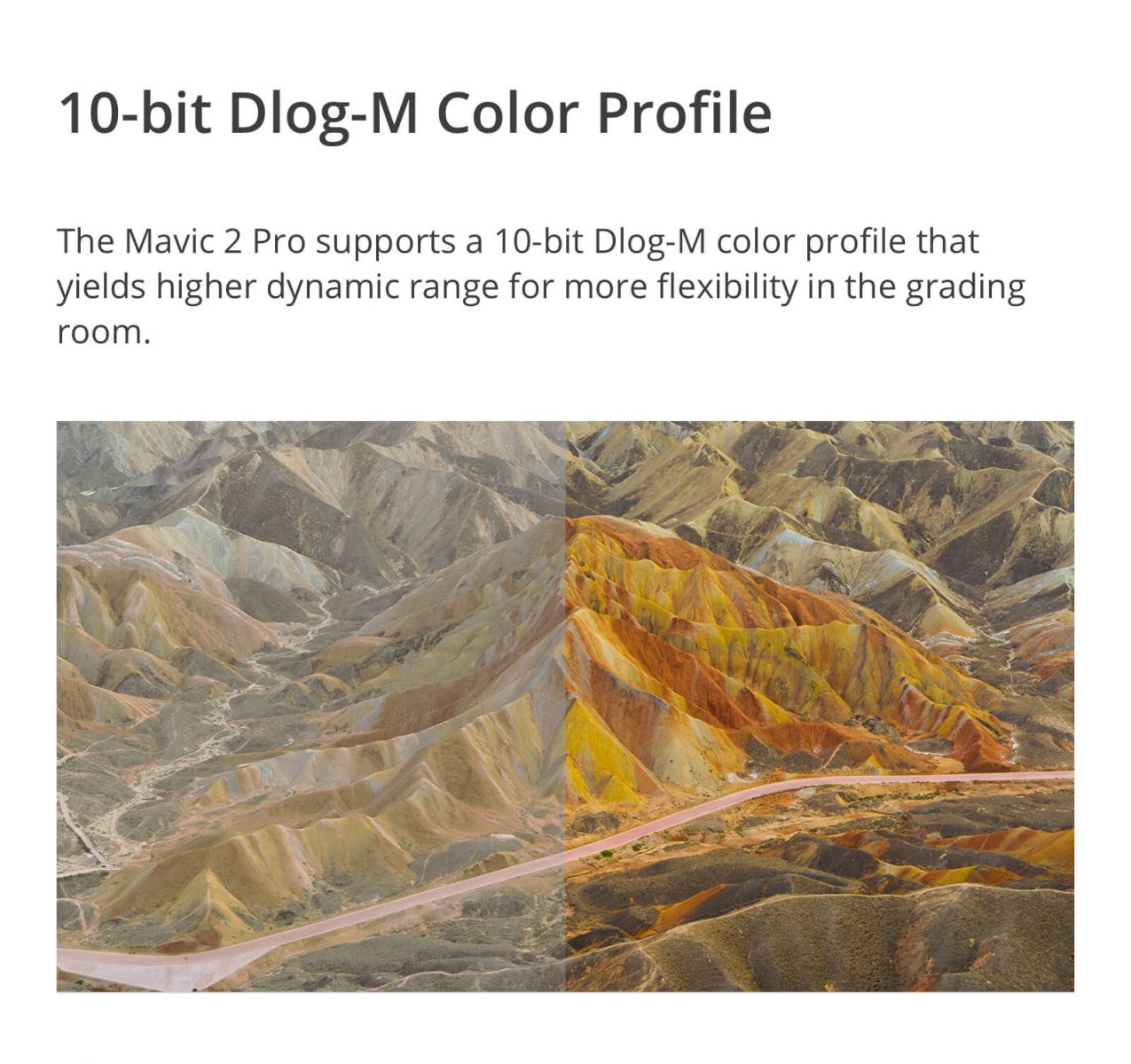 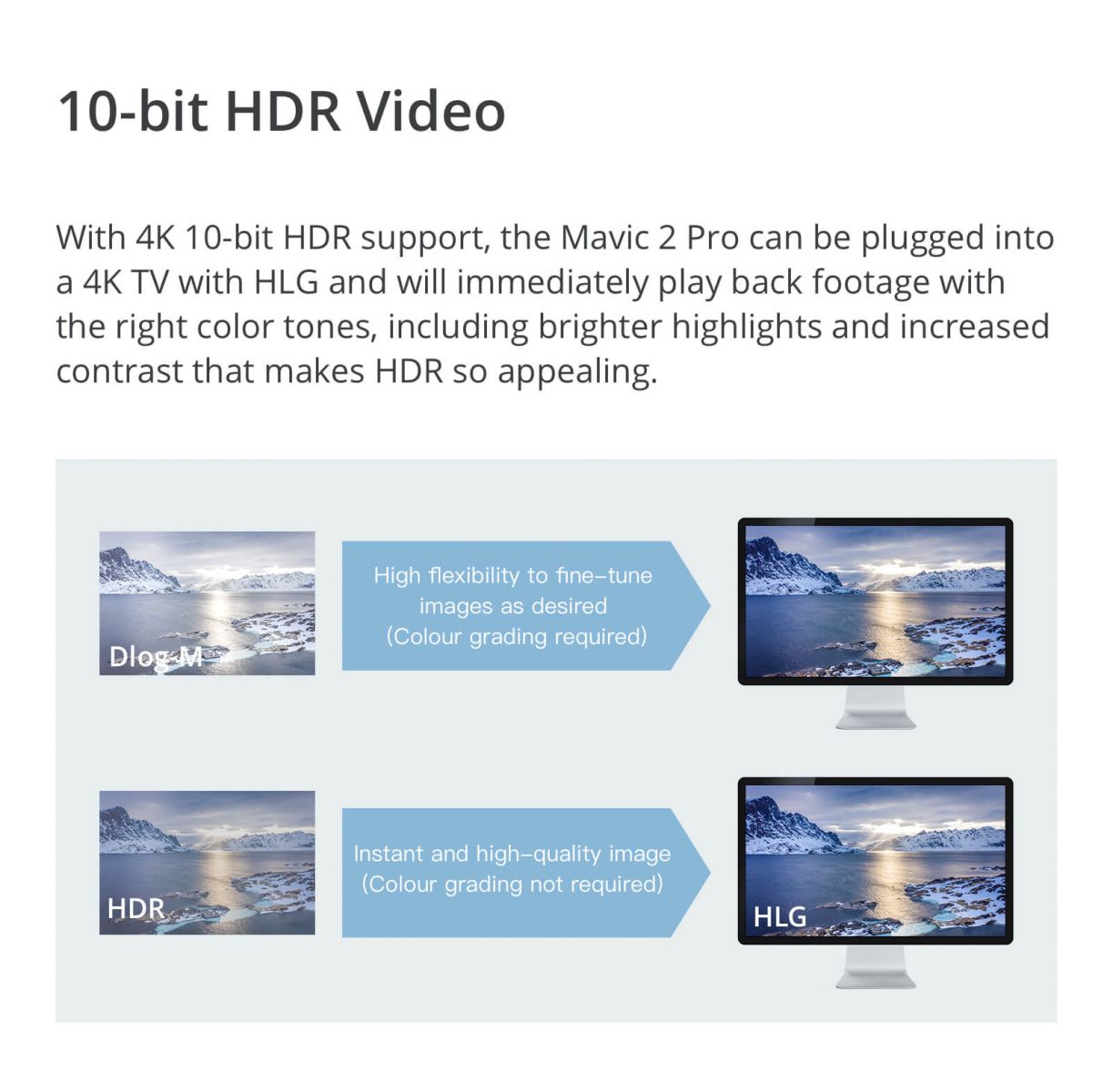 A Worry-Free Way to Find a View
When shooting Full HD video, 4x lossless zoom (including 2x optical zoom) gives you a closer view of faraway subjects, making unique scenes more accessible to capture at a distance. This option also helps you maintain a safer distance from buildings, vehicles, animals, and people.
Quick and Accurate Focus
Hybrid autofocus on the Mavic 2 Zoom combines phase and contrast detection for higher focus accuracy with an increased focus speed of up to 40% more than before. The autofocus tracking system makes subjects appear clear and sharp when zooming in and out.
Zoom During Flight
Dolly Zoom is a new QuickShot for the Mavic 2 Zoom, offering an otherworldly perspective in a fully-integrated drone. Dolly Zoom automatically adjusts focus when flying, adding an intense, warping visual effect to your video. When flying manually, you can also set proper focus speed values for even more creative shot options. 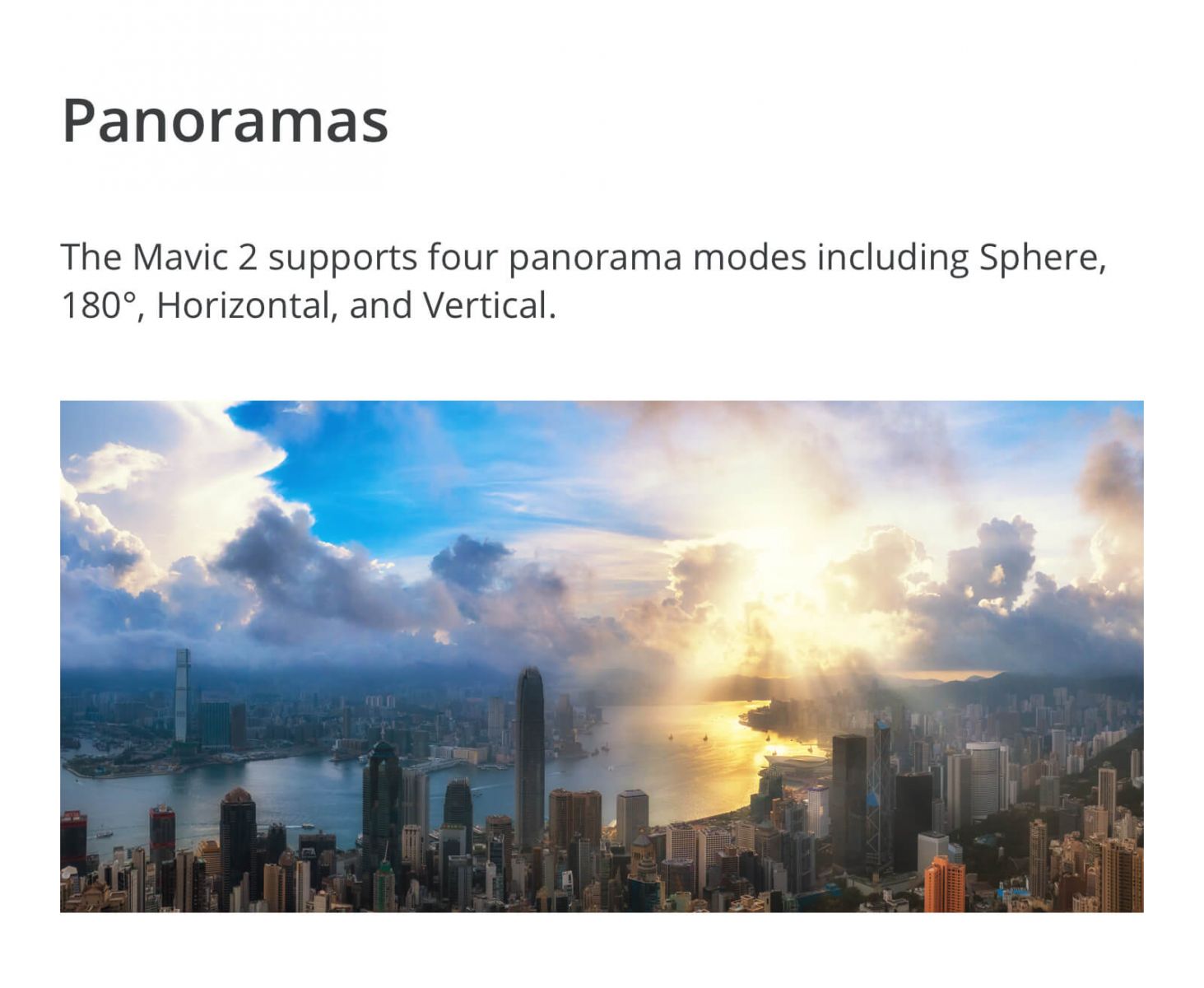 Super Resolution Photos
The Mavic 2 Zoom also has a brand new Super Resolution feature – an asset when capturing the vivid details your landscape photography deserves. When taking a picture with a 24 mm equivalent field-of-view, 4 the camera will capture and patch nine photos with its telephoto lens, resulting in a 48-megapixel super resolution photo. Compared to ordinary panoramas, the super resolution photos retain the original look of the shooting targets with a more accurate composition.

The Mavic 2 Zoom is a game changer for aerial photography. It gives me opportunities to create aerial videos in a new way. Now I can capture more details from a safe distance, and realize different visual effects with different focal lengths.
Jimmy Chin Jimmy Chin is a photographer, filmmaker, and mountaineer. His 2015 film “Meru” won the coveted Audience Award at the Sundance Film Festival and was also on the 2016 Oscar shortlist for Best Documentary. 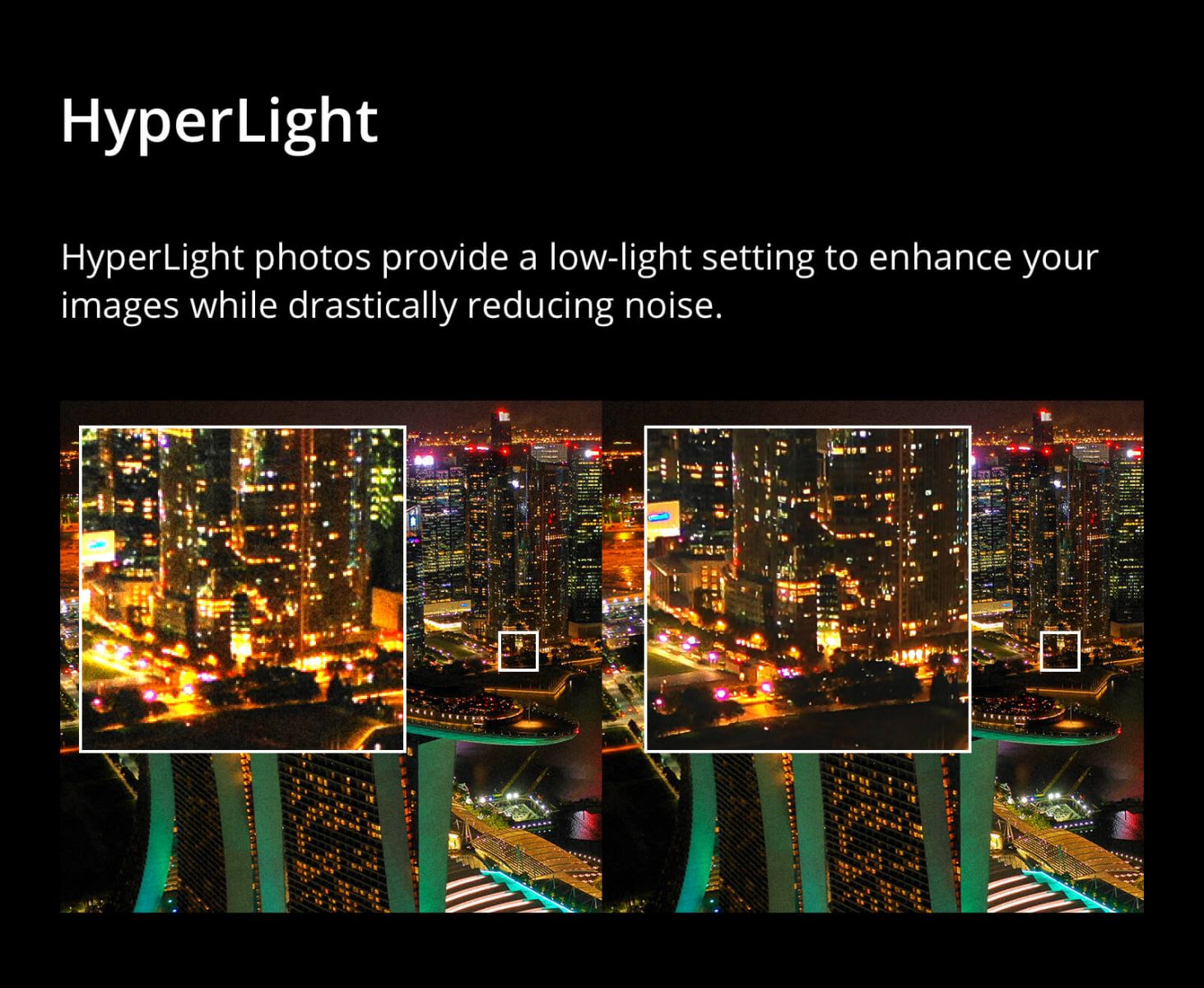 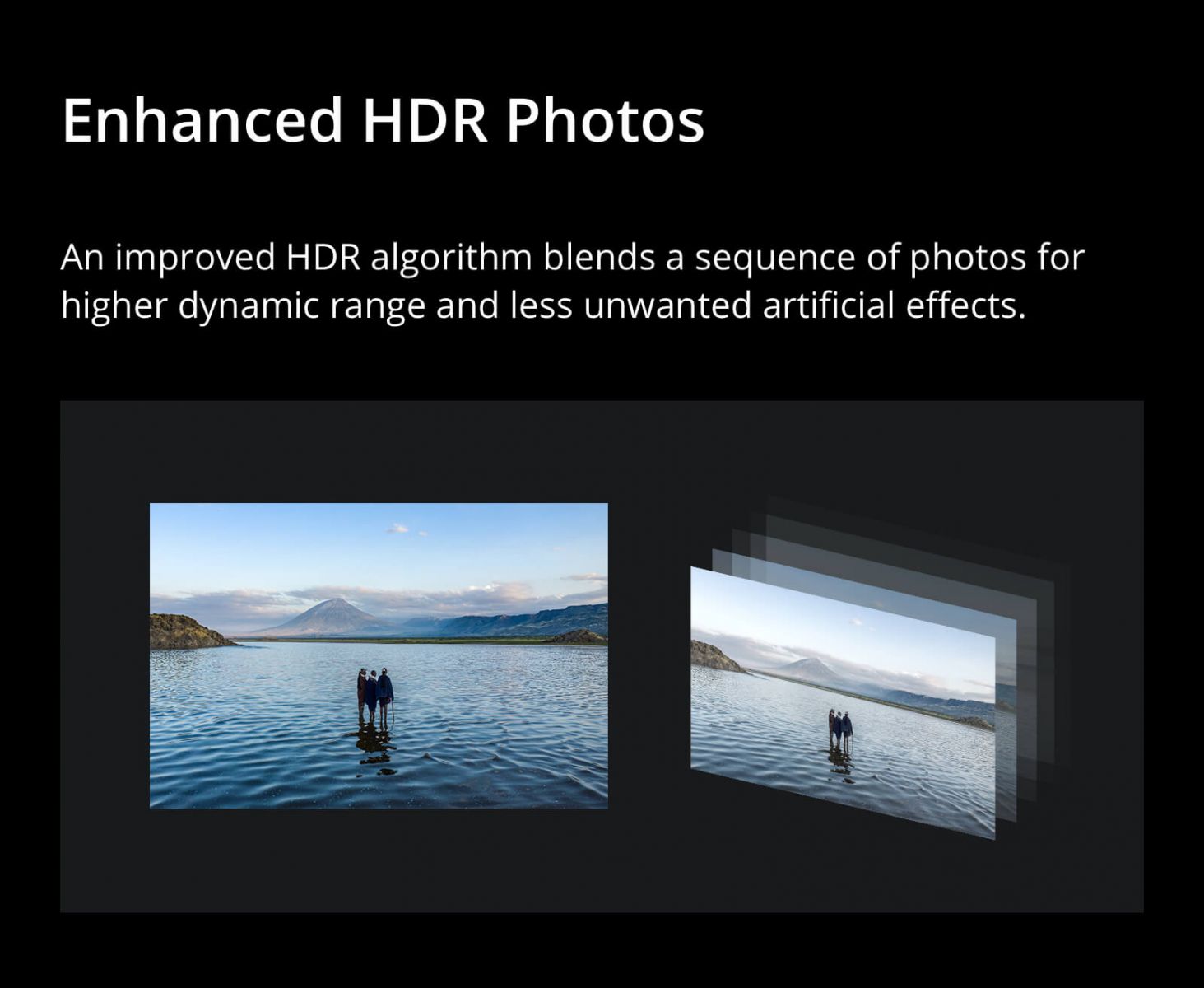 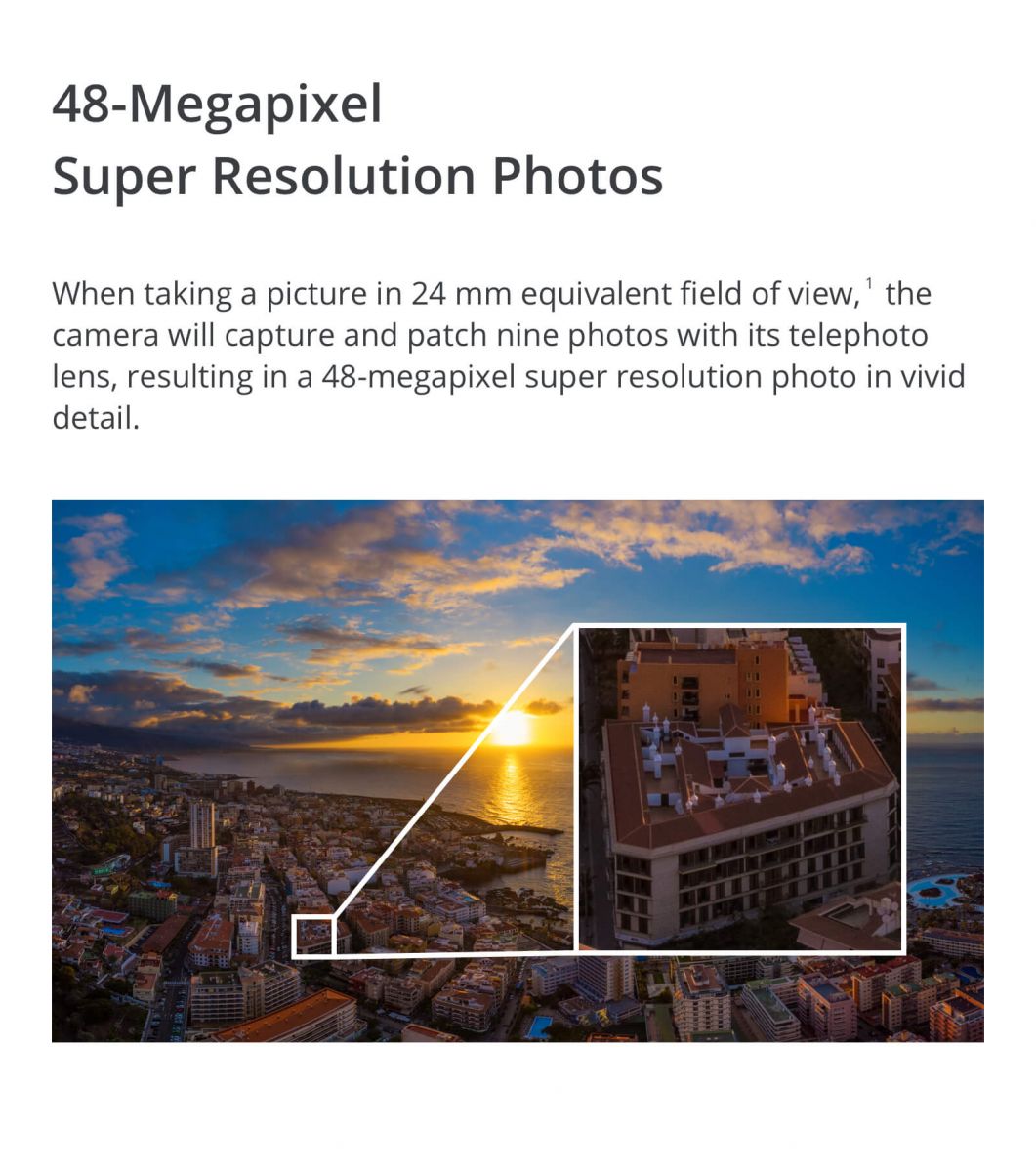 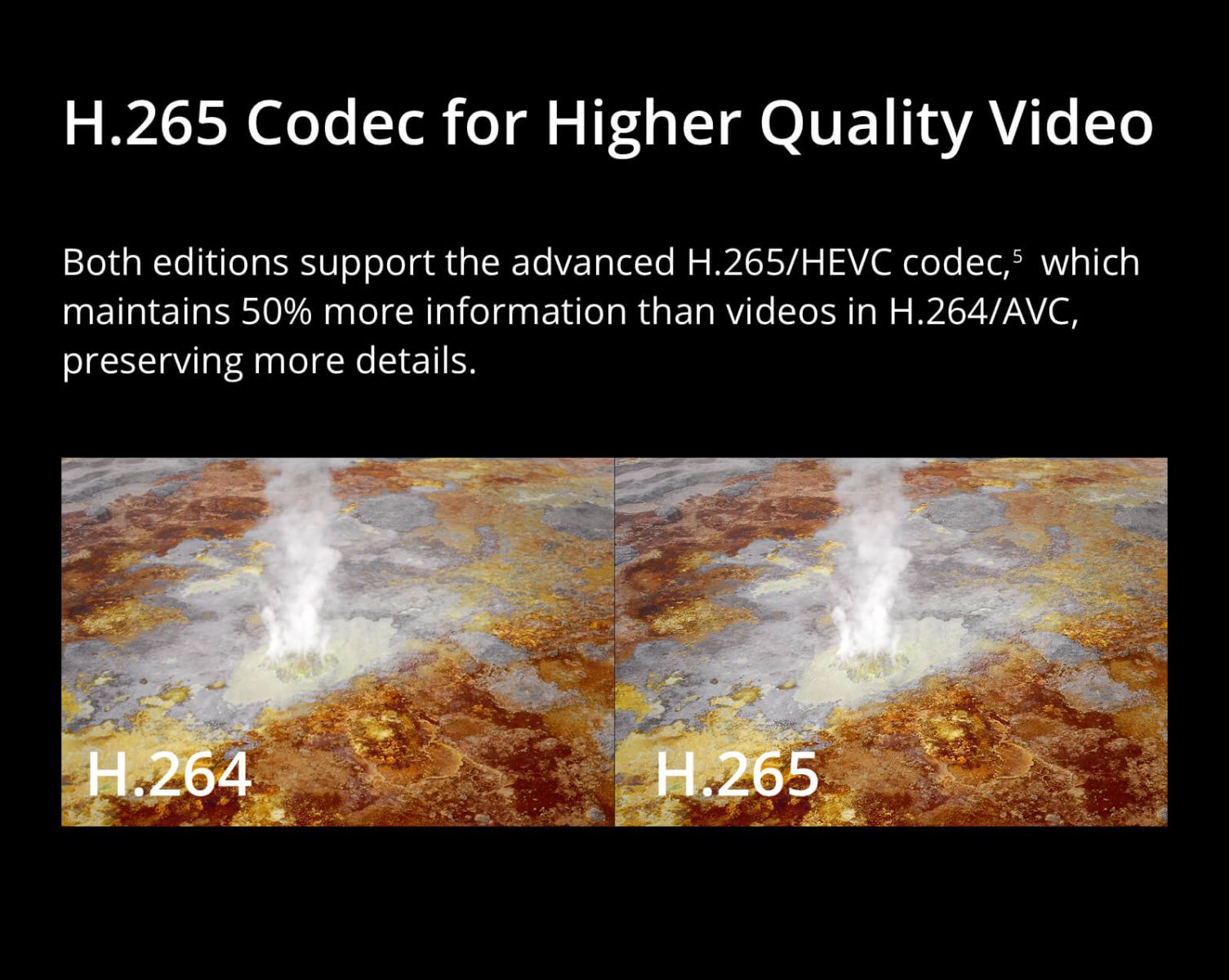 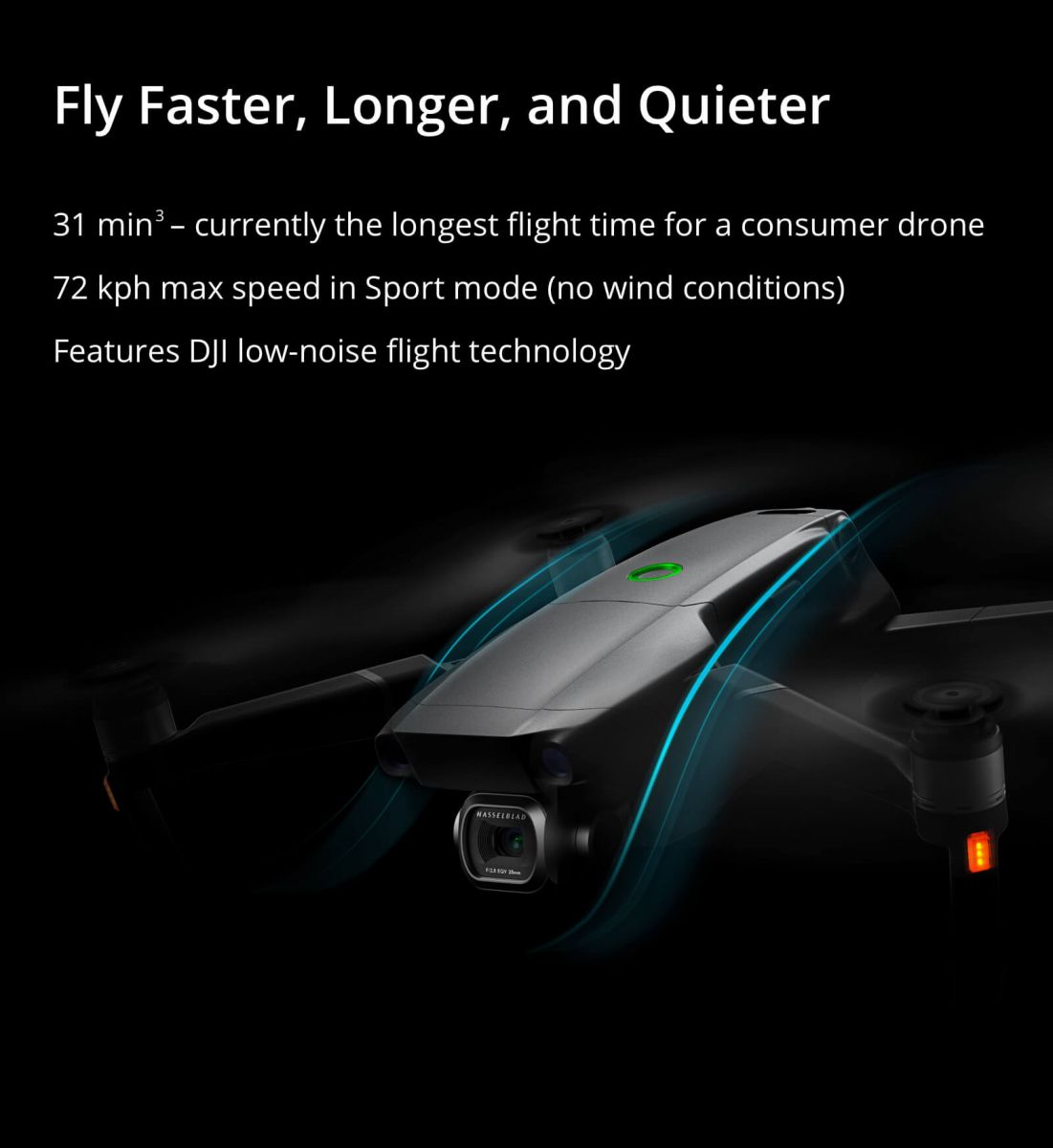