DJI INSPIRE 2 - POWER BEYOND IMAGINATION
Image quality, power and intelligence to meet the needs of professional filmmakers and enterprises around the globe. 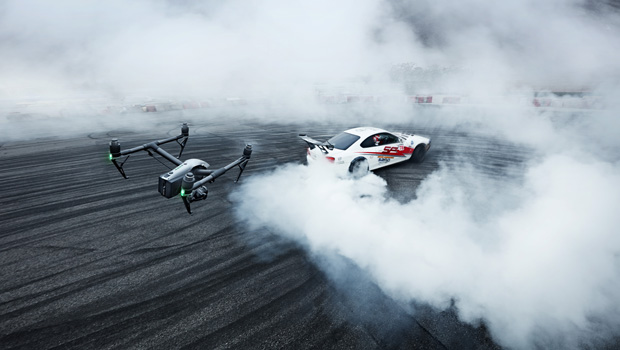 The Inspire 1 was a revelation. The first filmmaking drone in the world to integrate an HD video transmission system, 360° rotating gimbal and a 4K camera, as well as the simplicity of app control. The launches of the Zenmuse X5 and X5R cameras further cemented the Inspire as a critical tool for filmmakers around the globe.

The Inspire 2 takes everything that was good about the Inspire 1 and improves it. An all-new image processing system records at up to 5.2K in CinemaDNG RAW, Apple ProRes and more. It goes from 0 to 50mph (80kph) in just 5 seconds and hits a maximum speed of 58mph (94kph) and has a max descent speed of 9m/s for unheard of speed and agility in an aircraft this size. A dual battery system prolongs the flight time to a maximum of 27 minutes (with an X4S),while self-heating technology allows it to fly even in low temperatures. FlightAutonomy has been revised and developed specifically for the Inspire 2,providing two directions of obstacle avoidance and sensor redundancy. Increased intelligence adds multiple intelligent flight modes, including Spotlight Pro, giving even single pilots the ability to create complex,
dramatic shots. An upgraded video transmission system is now capable of dual signal frequency and dual channel, streaming video from an onboard FPV camera and the main camera simultaneously, for better pilot and camera operator collaboration.
Material and Design
The grey magnalium shell of the Inspire 2 is more elegant than the previous plastic shell and adds higher strength and lighter weight. “T” junction airframe connections are now made of carbon fiber, creating a more integrated design that reduces weight while adding visual refinement. 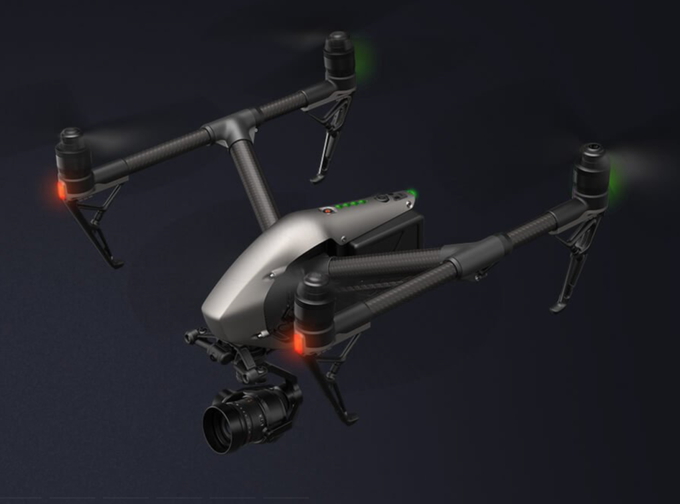 CineCore 2.0
Integrated inside the Inspire 2 is a powerful image processing system named CineCore 2.0, and a new CINESSD system. By placing these parts inside the airframe, image data can be stored and processed more readily, while the CINESSD storage system itself can be better protected. It also means that the camera can be more lightweight, increasing aircraft agility and overall flight performance. CineCore 2.0 is compatible with the Zenmuse X4S and X5S for different shooting needs, and both cameras attach using a new gimbal port that is quicker to connect and more reliable. 2-Axis FPV Camera
Added to the front of the Inspire 2 is a 2-axis gimbal stabilized global shutter FPV camera with a controllable pitch range of 0° to -60°. Combined with the stabilization of its brushless gimbal, it effectively eliminates picture shake, leaving only a clear view of the scene ahead. Using Lightbridge HD video transmission technology, its video feed transmits along with the feed from the primary camera to the DJI GO 4 app, so both operator and camera operator can get the view they need to capture complex shots. DJI GO 4 can be used to switch between different views, while both master and slave controller feeds maintain the same video quality, giving both pilot and camera operator a better overall experience. Dual Battery Design
A dual-battery design using a pair of 98Wh batteries gives the Inspire 2 an extended flight time as well as battery redundancy. As the two batteries connect in parallel, if one fails during a flight, the other will be able to provide power for a safe return to home. To ensure the batteries are properly installed, the battery release button is made up of a center button and a ring button. When the battery is installed correctly, both buttons will pop out. A sensor in the battery compartment also checks that the batteries are properly installed. A notification will appear in DJI GO 4 if it detects a problem. 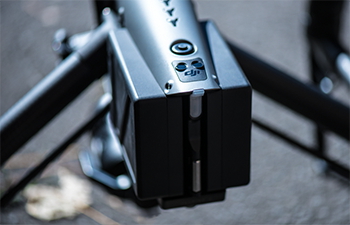 Upgraded Intelligent Flight Battery
The new Inspire 2 battery uses higher performance and a higher density battery cell with an overall larger capacity as well as an updated management unit. Its performance in low temperature environments has been optimized with a built-in 70W self-heating system capable of heating itself to 41°F (5°C) every minute. This self-heating function can be enabled either automatically or manually. The management unit constantly monitors battery status, making all information, including battery level and battery temperature, easily visible in DJI GO 4. 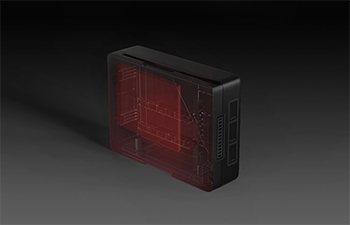 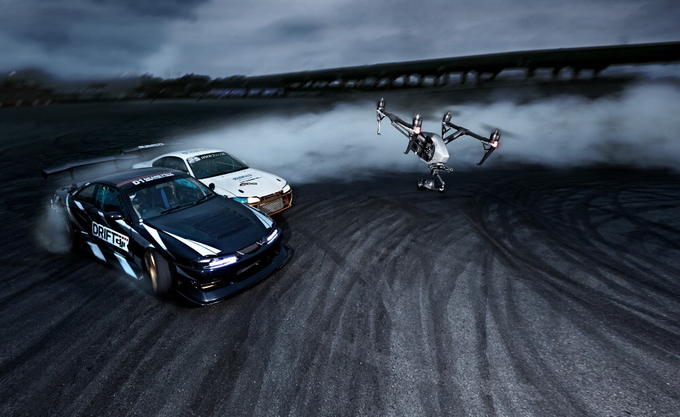 Precision Control
Attitude algorithms have been comprehensively improved, increasing the sensitivity of the control sticks, so that pilots can fly with greater precision. Flight parameters can now also be adjusted in the DJI GO 4 app, giving pilots the ability to tune the Inspire 2 to fly the way they need it to. Tripod Mode also comes to the Inspire 2, for ultra-fine flying or slow graceful movements. 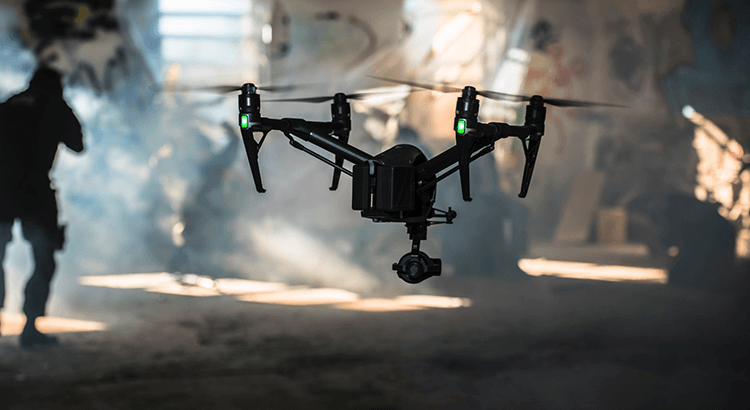 Extreme Weather Durability
The Inspire 2’s extremely robust attitude control algorithm allows it to fly in more types of extreme weather. It can fly at up to 2500m above sea level using standard propellers. This is increased to a maximum of 5000m when using the optional high altitude propellers. Self-heating technology is built into its Intelligent Flight Batteries, allowing it to fly in temperatures as low as -4°F (-20°C). Control, Sense and Avoid - DJI INSPIRE 2
Obstacle Sensing
Forward and downward facing dual stereo vision systems have a sensing field of view of 60° and 54° respectively, allowing the Inspire 2 to sense obstacles up to 30m away. The combination of wide angle of view and long range, allows the Inspire 2 to accurately calculate the distance required for braking. This offers flight at up to 34mph (54kph) with a 25° attitude without sacrificing obstacle avoidance protection. Infrared sensors on top of the aircraft provide upward obstacle sensing up to 16ft (5m), adding protection when flying in enclosed spaces.
Precision Hover
The Inspire 2 uses Visual Odometry (VO) technologies in its forward and downward stereo vision systems. When combined with data collected by the flight controller, it allows the Inspire 2 to hover accurately when flying indoors or without a satellite signal. Unlike a basic positioning system made up of a single optical flow sensor and dual ultrasonic sensors, the Inspire 2’s dual optical sensor system can capture the depth-of-field of the environment, making it more sensitive to the subtle movements of the aircraft.
VO technology also detects tiny changes in flight speed, records the flight path, and sends real-time position data to the flight controller. This creates high-precision flight and a hover accuracy that is more precise than when using satellite positioning alone. If GPS signal is lost when flying behind an obstacle, or when flying from indoors to outdoors, the Inspire 2 is able to hover in place when the control sticks are released, allowing filmmakers to shoot in a wider variety of locations. Detect Landing Terrain
A vision positioning system made up of a single optical flow sensor — and ultrasonic sensors — can only collect altitude data using its ultrasonic systems, making it unable to generate accurate information about the terrain below. However, the Inspire 2’s stereo vision system will calculate the difference in height during auto-landing between the aircraft’s landing point, scanning the terrain in real time to ensure that the area is suitable for landing. 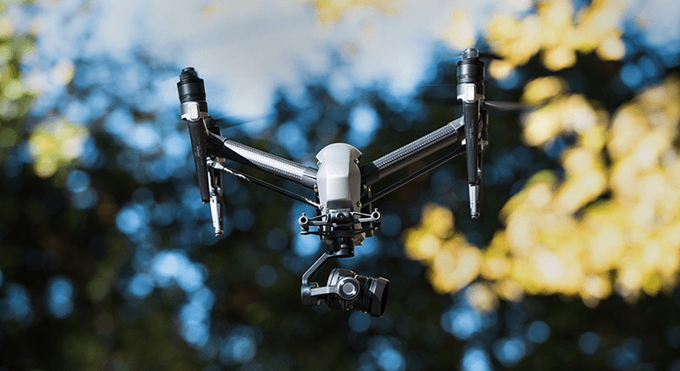 Precision Gimbal Control
Three damping balls and a damping board weighing just 40g — half the weight of previous damping boards — increase the damping capabilities of the Inspire 2 gimbal. Gimbal movement can now be customized through parameter settings built into DJI GO 4, giving operators the control they need to get the desired shot. A new gimbal control system increases control precision up to 0.01°, and is also powerful enough to carry an equivalent 90mm long lens. The new attitude controlled design allows the gimbal to automatically keep level, significantly reducing the likelihood of tilted horizons. The gimbal also has a new Follow Mode, which links the direction of the gimbal to the master controller, giving it the same control experience as the slave controller.

Safety and Convenience - DJI INSPIRE 2
Dual-Signal Propulsion System
Dual-signal ESCs bring an extra layer of redundancy to the Inspire 2. In normal use, ESC commands are sent using PWM signals. If this is lost, however, commands will be sent through the serial port. The ESC also inherits the Inspire 1’s advanced patented algorithms, offering functional and propulsion redundancy. Combined together, these systems significantly increase the Inspire 2’s reliability. Convenient
A transforming structure and dual battery design make the Inspire 2 easy to travel with. Simply press the Power Button five times and the system will cut power to the gimbal. Once the camera is removed, the aircraft will automatically enter Travel Mode. Simply place the aircraft in its carrying case and it is ready to go. To move back into Landing Mode, press the Power Button five times and the landing gear will extend. Additionally, the camera can be attached without switching off the aircraft, minimizing setup time.
The standard Carrying Case is designed to hold everything needed for an outdoor shoot, including a Battery Charging Station, 180W Battery Charger, camera and more, all in an efficient and easy to carry form. Both Inspire 2 batteries are 98Wh and are compliant with the requirements of civil aviation regulators.

Video Transmission System - DJI INSPIRE 2
2.4/5.8GHz Control Frequencies
Selectable 2.4GHz and 5.8GHz frequencies are supported by the Inspire 2. Generally speaking, a 2.4GHz Wi-Fi video transmission system is used with a 5.8GHz remote control link providing aircraft control. This is because if the video transmission and the remote control links use the same frequency, interference between the two may cause signal loss. This same rationale is why interference may be caused by other users of radio frequencies in surrounding areas. The Inspire 2’s new Lightbridge HD video transmission system uses a Time-division multiplexing mechanism to transmit both video feed and remote control signals on the same frequency. In urban areas, the 2.4GHz frequency band may suffer from high levels of signal interference from sources such as Wi-Fi routers and 4G base stations. As an option, the 5.8GHz frequency provides a broader communication bandwidth and has more available channels for transmission, making it more suitable for stable signal transmission in these types of environments. After powering on, the Inspire 2 automatically scans the environment and selects the band with the least amount of interference, ensuring optimum video feed quality and remote control reliability. Broadcast Mode
A new Broadcast Mode for TV broadcasters has been created, allowing videos to be streamed from the Inspire 2 in broadcast standard 720p60 or 1080i50. Once connected to broadcasting equipment, footage can be sent live on-air without signal conversion. Additionally, while pilots maintain a real-time view of the flight, a short delay has been added to the optimized HDMI output, offering smoother playback and more stable frame rates. 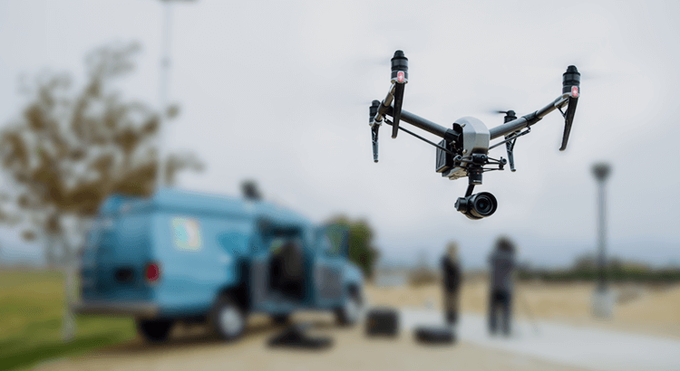 Operation - DJI INSPIRE 2
DJI GO 4 APP
DJI GO 4 is a powerful, convenient app that offers full control and customization of the Inspire 2. It can be used to check the flight status of the aircraft in real time, trigger automatic take off or Return to Home, control camera settings, enable Intelligent Flight Modes and much more, all with just a few taps of the screen. 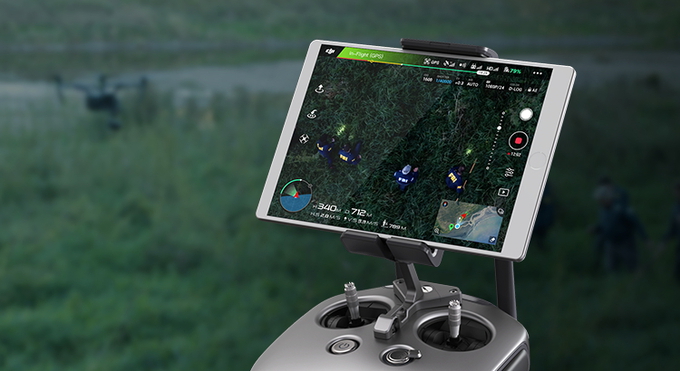